Our family loves going places. I personally, love visiting historic places.  My kids, not so much, but once there, they find something to be excited about. Or at least be fascinated with. 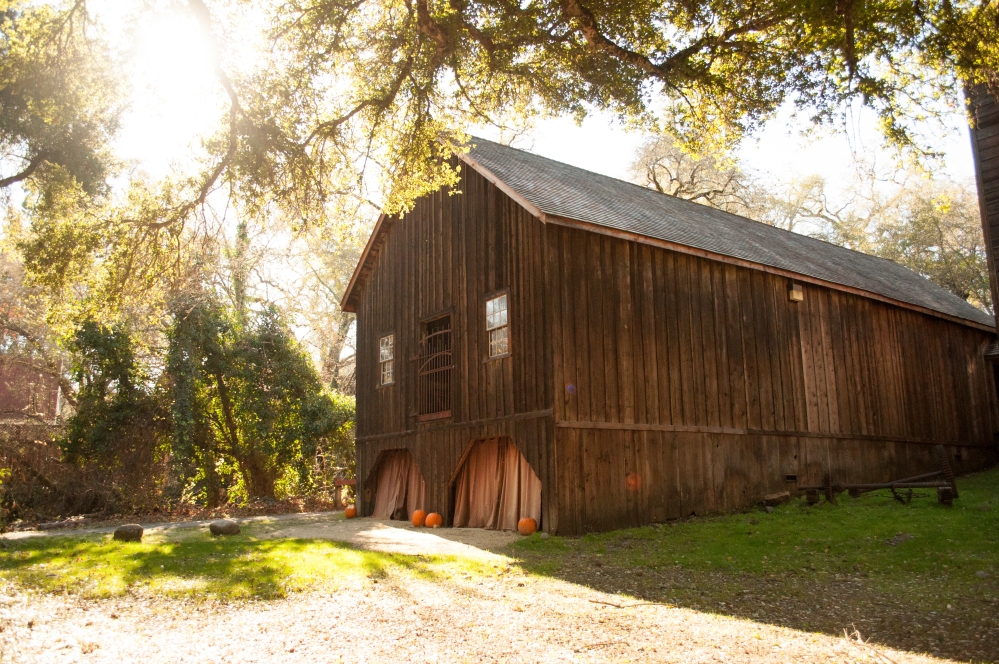 Bale Grist Mill was no different. We arrived at 10:00am on a cool crisp morning, that was perfect for a visit. Now, I honestly didn’t know a whole lot about the mill before we went, but WOW! The history is really rich. 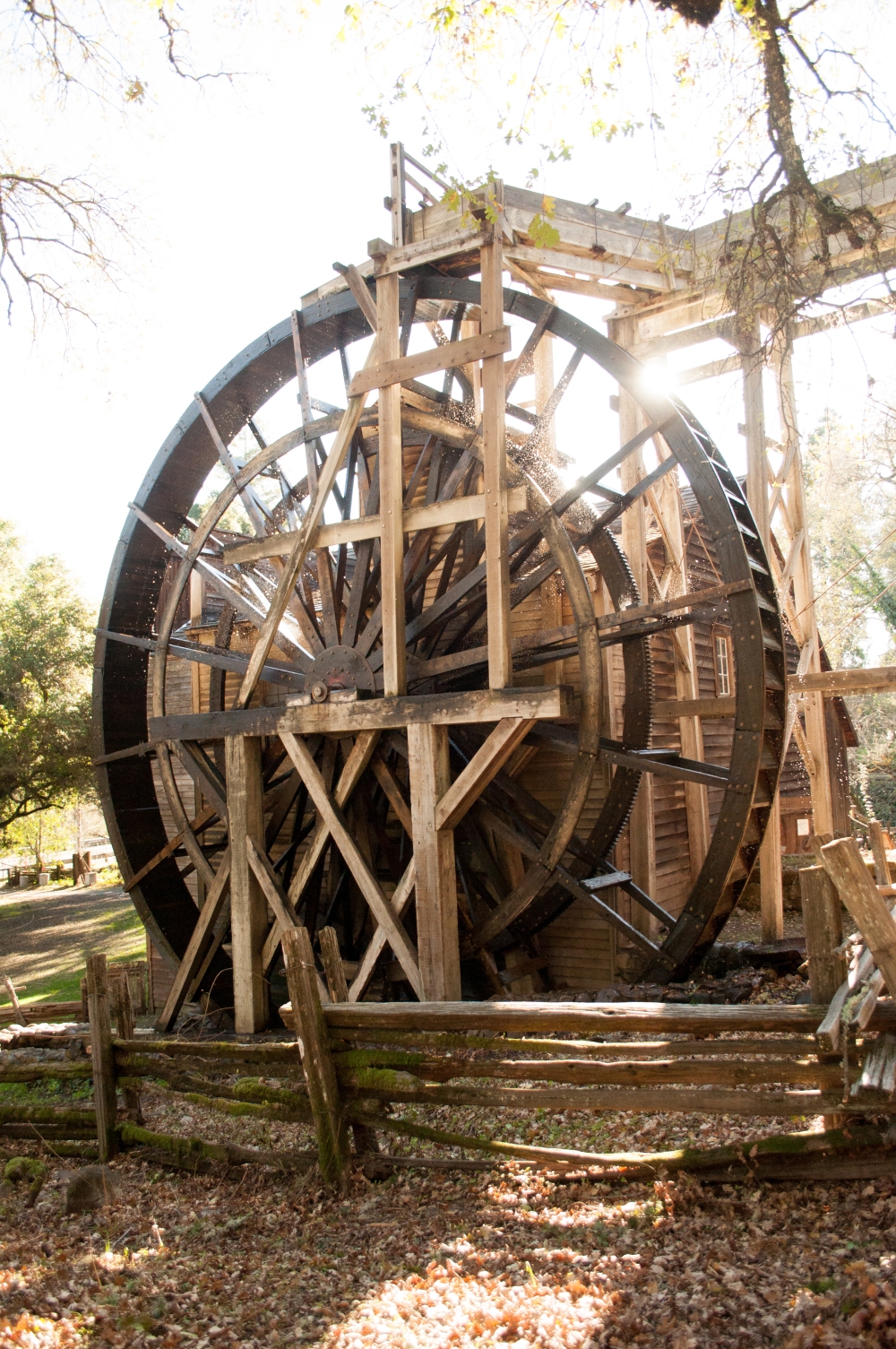 Now that is one big water mill! With reason, Maria Ignacia Bale after the death of her husband in 1850. Made an agreement with Leonard Lillie to convert the existing mill to be better adapted to mill more grain. The one I have photographed here, is the 36 foot wheel Leonard installed that replaced the 20 foot wheel.

This mill, named after Dr. Edward Turner Bale, he was an English physician and surgeon. He was one of the few survivors from the shipwreck off the coast of Monterey in 1837.   He had come to California from England, like most to start a new life. After proving his skills as a physician, he was employed by General Mariano Vallejo as Surgeon-in-Chief of the Mexican Army.  This position made him travel between San Francisco and Monterey, making for himself a reputation as a man of medicine and a man who enjoyed his alcohol. He would run up liquor bills and became infamous figure in early California.

In spite of his reputation, Dr. Bale was well accepted into the home of General Vallejo. Which is why he had no objection with Dr Bale marrying his niece Maria Ignacia Soberanes. His marriage to a Mexican give him full citizenship of Mexico and granted him some land in upper Napa. Some of which is where this mill stands today. 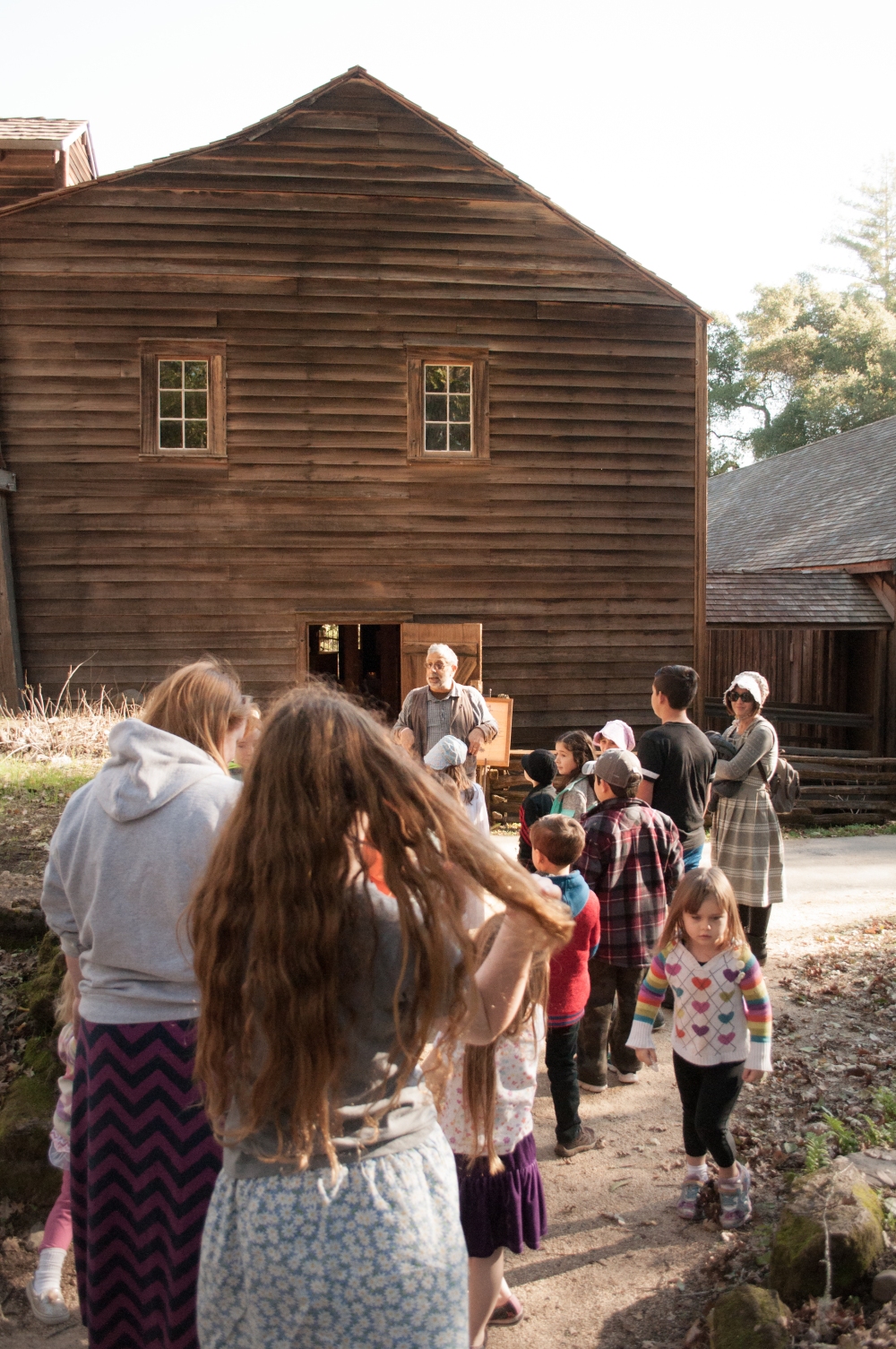 Going into the mill was an exciting moment for me. Knowing that this mill was the center of attention in its day.  During the late 1840’s the gold rush created a huge demand of flour.  A significant amount of people in the area brought their grain to be milled here.  The mill was a successful custom mill, grinding grain to the specific texture of each individual customer. The position of a miller was once a well-respected position to hold.

It is still hard for me to imagine the fields filled with wheat and not the vineyards we see today. It was actually Dr. Bales daughter Caroline Bale and her husband Charles Krug that planted some of the first grapes, and thus began the the Napa Valley wine country. 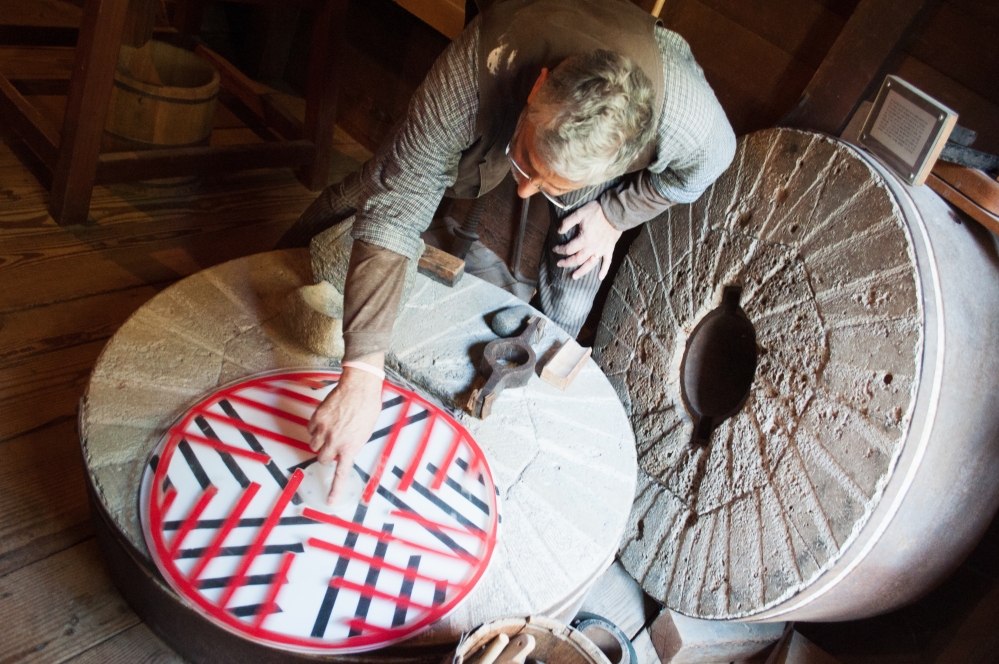 This was a great visual as to how the stone is cut to mill the grain, truly a stone ground product. The original stones in the mill were local, but were later replaced by French stones that were of superior quality. 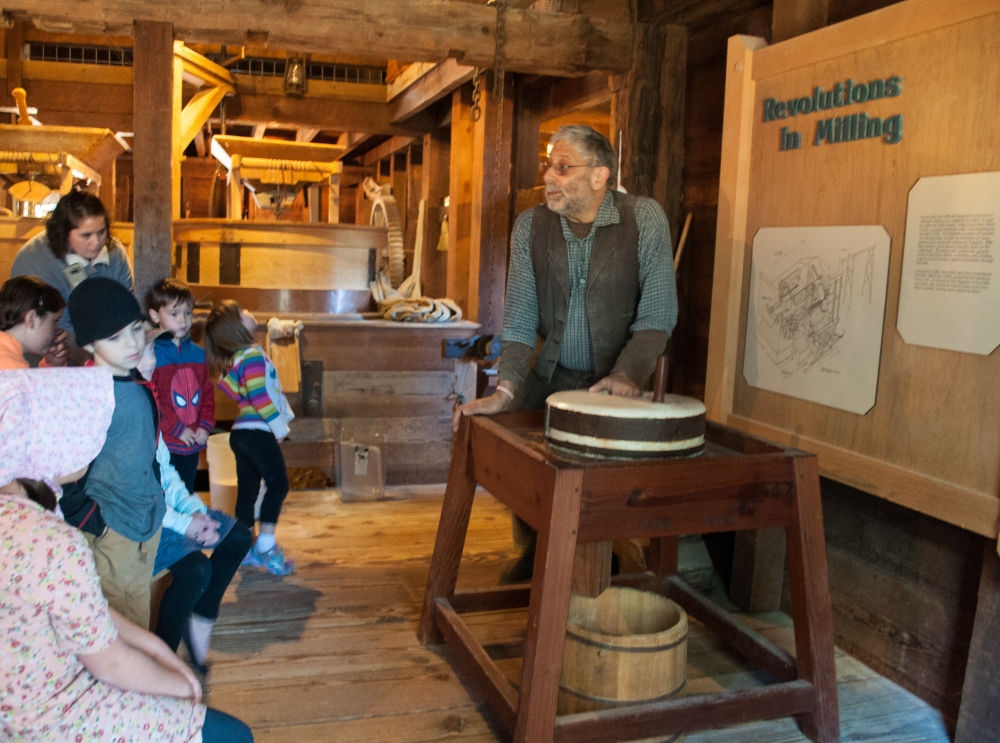 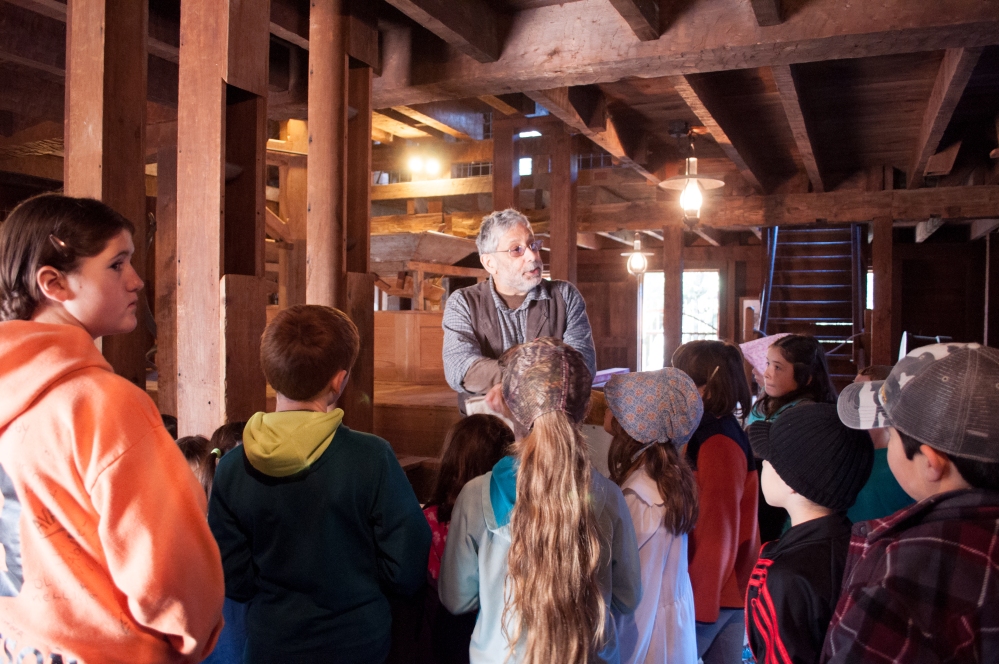 Here our miller is explaining how the mill works just before filling the hopper. 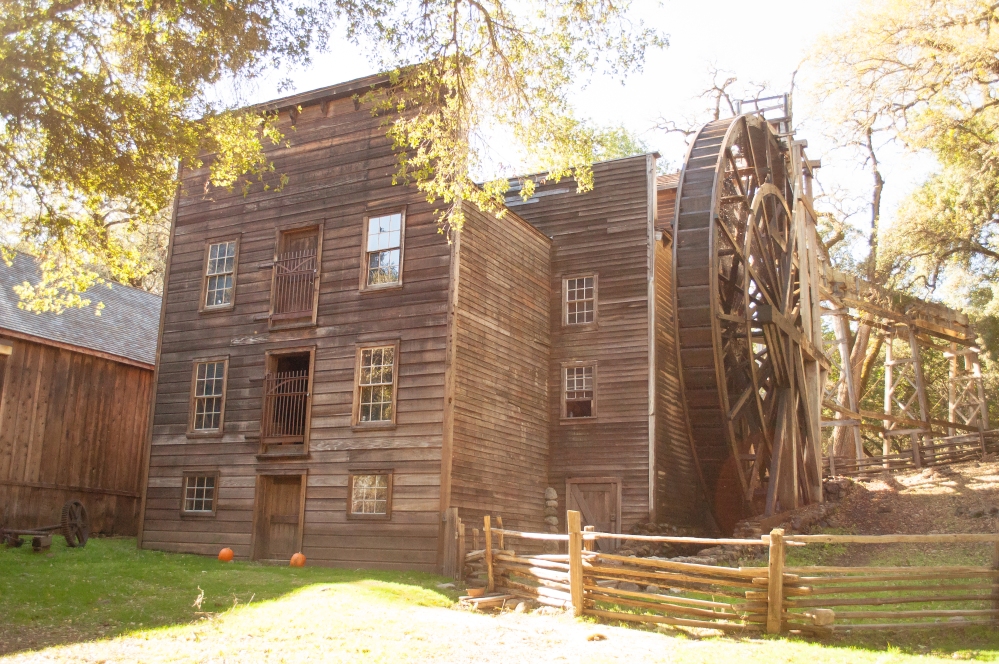 I highly recommend visiting the mill, where you can buy a small bag of souvenir flour that is stone ground on location. We did, and baked a couple loaves of bread. It was delicious. If you are anything like me, and enjoy history. It is so interesting to learn about the people in this area, and what were doing while the Bear Flag Revolt occurred and learn about how Dr. Bale left his family to search for gold. He ended up dying on October 9, 1849 at the age of 38. No one is really sure of what the cause of death was.

Yeah, there so much more history left untold!! 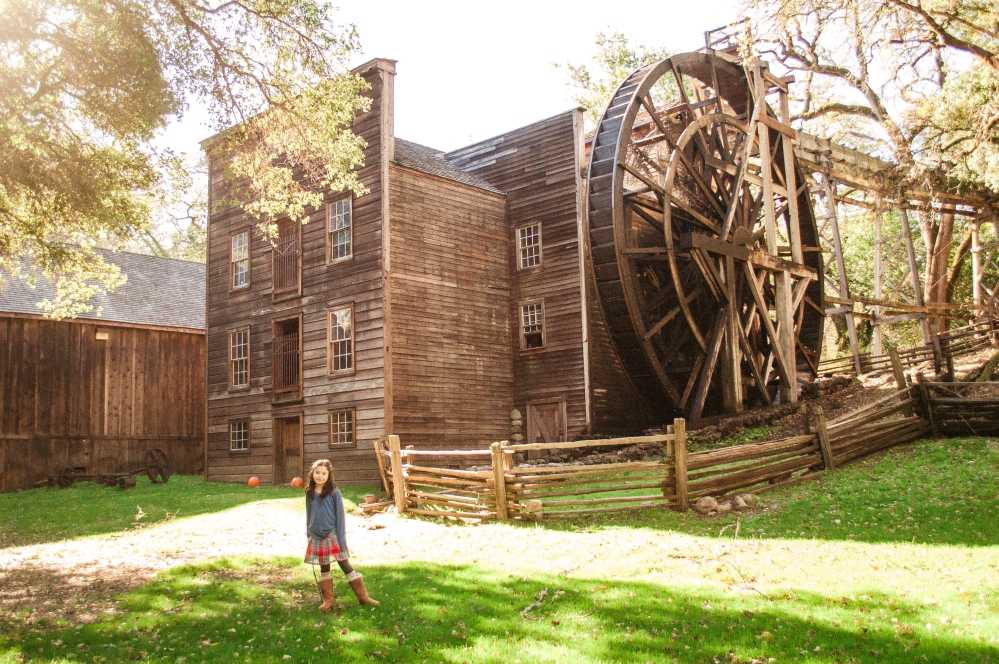 This child of mine, loved the mill so much she bought herself a Bale Grist Mill t-shirt. I absolutely love that!!! 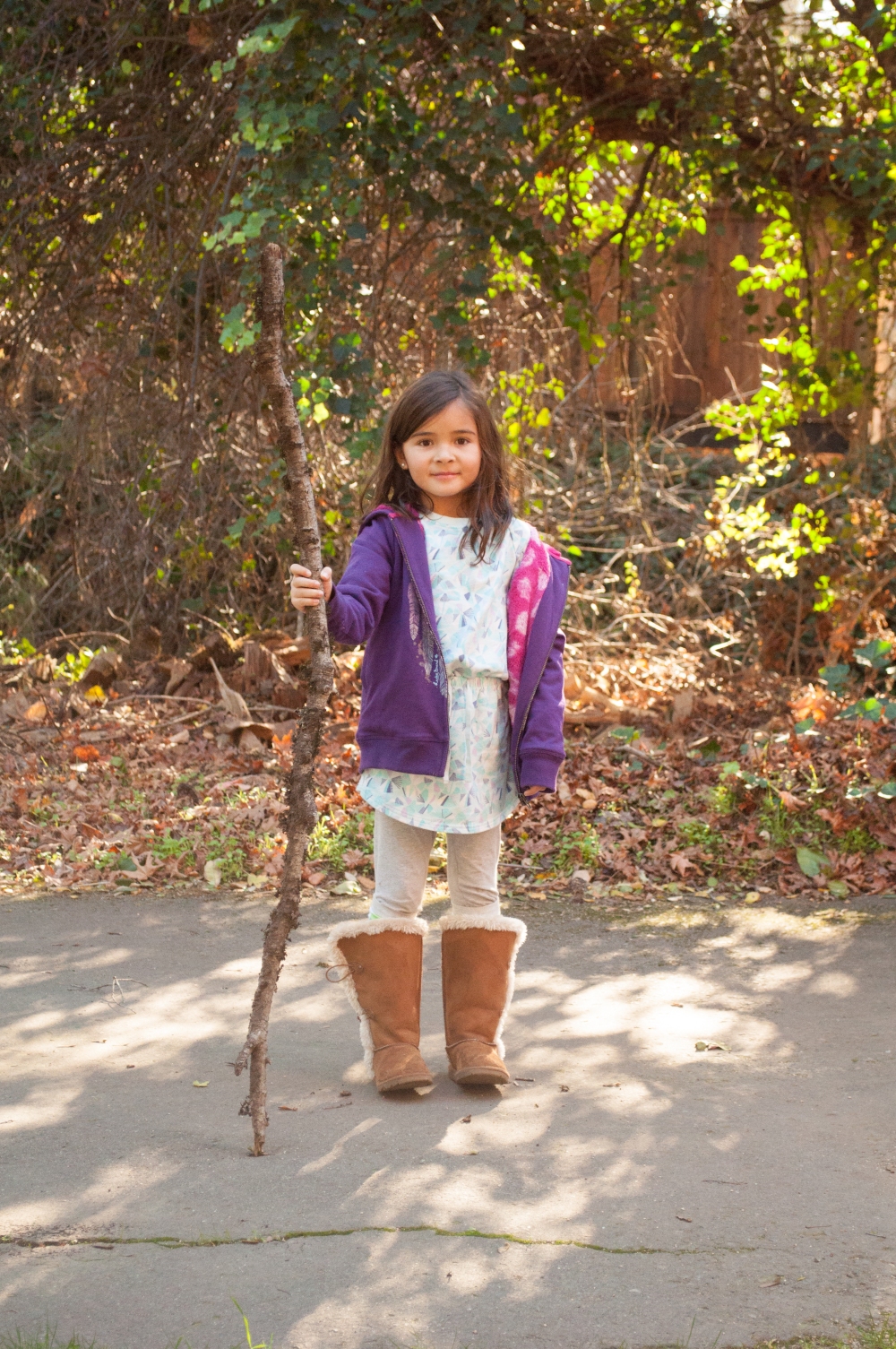 Then there is this kid, my Peanut, the girl that can’t leave without finding a stone or stick to take home. In this case, a branch.

I hope you enjoyed my share on our little field trip.

But He answered and said, “It is written, ‘MAN SHALL NOT LIVE ON BREAD ALONE, BUT ON EVERY WORD THAT PROCEEDS OUT OF THE MOUTH OF GOD.'” Matthew 4:4